Avoid Common And Costly Mistakes When Treating Back Pain. Learn The Proven Way To Ease Back Pain Naturally…No Drugs Or Surgery. Learn 8 tips that have helped hundreds of people avoid long term opioid use, relying on yearly injections, and that irreversible surgery. Even if you have been told there is nothing you can do about it. 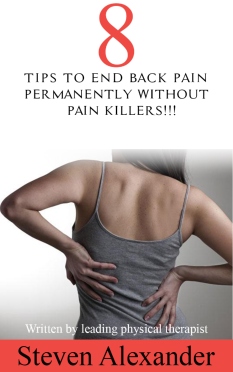 We Help Athletes and Active Adults Get Back to the Activities They Love Without Medications, Injections or Surgeries

I will reveal the most simple and effective strategies to relieve shoulder pain for those athletes and active adults who are tired of suffering and want to return to their healthy lifestyle.

If you’ve got lower back pain, stiffness or an ache – it’s very tempting to think that it’s nothing, that it will go away on its own. Or, you pass it off as having just “slept awkwardly”, or that you just “moved awkwardly” or a bit of stiffness that “everyone” your age suffers from…

There’s no obvious reason as to why it happened – but it doesn’t seem to be going away!

If that’s happening to you, you’re not alone – and we hear this type of thing all the time. In fact, Lower Back Pain and Sciatica is THE most common problem that we see here at Spark Performance and Physio.

And when it comes to living with back pain, everybody we see wants to know:

“WHY IS THIS HAPPENING TO ME?” OR “WHY AM I STILL SUFFERING BACK PAIN AFTER ALL OF THESE YEARS”

Most people think that when they get Back Pain, it’s just going to go away on its own.

That they’ll wake up one morning and like “magic”, it’ll be as if back pain never happened… But then 6 months later you’re still waking up with back pain – often even worse than it was when it started 6 months prior.

Another scenario we often see in our clinic is when people go to their doctor and the doctor tells them to rest and “try these painkillers” and “see how it goes”.

But this is rarely ever the best advice and often 6 weeks later they end up going back to the doctor again because it hasn’t improved. Worse, they’re often been given yet another prescription of even stronger pills and advised to rest for yet ANOTHER 6 WEEKS. This is ridiculous and explains why so many people aged 30-50 are suffering chronic lower back pain.

ARE YOU FAMILIAR WITH THIS SITUATION?

Why else does back pain last longer than it should do? Well, it’s easy to get confused because you’ve been told different things, by different people. lots of people out there who are happy to give their advice – but not all of it is credible.

Maybe you think your back pain was caused because you were told you are lacking some curvature in your back, or you have too much curvature. Our body adapts to these normal findings on imaging and often our pain stems from just a little irritation in the soft tissue or joints.

If you don’t know what you’re doing – back pain can be very confusing and because of this, many people just end up accepting it as ‘part of life’ – as if it’s normal, and ‘just the way it is’.

DO YOU FEEL THAT WAY TOO?

If You’re Currently Living With Back Pain, Here’s 7 More Reasons Why It Could Be Lasting Longer Than It Should

If any of these have happened to you – we would love to help you by inviting you to book a call to talk with one of our physical therapists to find out what can be done to help you. The fact that you’ve tried any or all of these things already is actually a GOOD THING because when you know what doesn’t work – you are closer to finding the thing that does! It also shows that you are proactive with your health, something I admire and respect.

The consultation is complimentary and there is no obligation to book any appointments. Our goal is to help you make the right decision about what to do next with your back pain.

What Can I Do To Get Rid Of MY Back Pain Quickly?

Here’s Who We Can Help

First off, you need to make a decision about getting help. So many people procrastinate for so long, thinking that back pain will ‘just go away with time’, but then 6 months down the line and they’re still putting up with it, and nothing’s changed… Or it gets worse. The longer the pain goes on for, the more challenging it becomes to treat.

If you would like to know how the team at Spark Performance and Physio can help you live with less back pain, we invite you to start with a completely free, no-obligation, risk-free appointment.

Notice: This Consult is something that we offer to people who are very nervous or skeptical about physical therapy – unsure of its benefits or if it is right for them. This is a way for us to screen you and see if we could help, but also for you to see if you would be comfortable being helped by us. If that sounds like you, then please start with this free visit so that we can work with you to find out what is wrong and what can be done – without any financial risk on your part.

So the next question is:

How Can Choosing to See a Physical Therapist at Spark Performance and Physiotherapy Help You Get Rid of Your Back Pain – Within The Next Few Days?

just a few of the things our Physical Therapy Team
can do for you:

Basically, we can help you get back to living life free from the curse of chronic back pain

If you want to get some more information, schedule a free consultation in person or over the phone!

Just fill out the information below and your FREE guide will be sent to your
e-mail!

Want some help to get relief faster? Choose an option that works for you

TALK TO A PT

Not ready to book an appointment, or just have some questions? We're here to chat and make 100% sure we can help you.

If you want to know more about the cost and availability of physical therapy before booking an appointment,

Come see for yourself how Physiotherapy can help you. Just fill out the simple form above so we can answer your questions.