Meet the newest addition to the Spark Family – Sydney Permenter

Sydney has grown up around sports her entire life. She has experienced the good, the bad, and the ugly with various coaches over the years. Sydney has had some really great coaches during those years who have inspired her, and continue to inspire her, to make a change in an industry she is heavily passionate about.

Some of the qualities she puts into her personal training philosophy are to inspire her clients, learn how to motivate them, and continuously believe in her clients. Far too many times she has worked with and seen trainers and coaches base their decisions on their own egos or Instagram. They truly don’t have a passion for helping their clientele. Looking at the poor quality of the personal training and coaching there is in our community led Sydney to find great mentors and live as a lifelong learner, which is what brought her to Spark Performance and Physiotherapy.

From mountain biking, swimming, soccer, track and field, and everything in between.  Growing up kicking the soccer ball into the wrong goal, Sydney’s parents never thought she would become an athlete. An abnormally tall 7th grader Sydney tried out for her middle school volleyball team but suffered a multitude of injuries, including ankle and back injuries. She was in and out of physical therapy clinics and offices.

However, that did not stop Sydney from continuing to explore her future goals with another sport. And that was when volleyball came along. Sydney found her love and appreciation for sports within the volleyball community. This brought her some lifelong friends and life lessons that you can only learn from the volleyball court.

Her love for the game her freshman year grew so much that she joined her first club volleyball team. An entirely new experience, intimidating for a young beginner athlete at first. But soon Sydney adapted, learned, and earned her playing time quickly. Being a diverse and athletic player, all while having great court awareness. Sydney always enjoyed playing on multiple club teams, getting bounced between teams, clubs, and positions; this led to Sydney experiencing a lot of diversity within one season or year.

Growing from the freshman team and playing at the lowest level in club volleyball, Sydney ended her high school career making it to the Arizona State Playoffs and making it to Nationals twice. 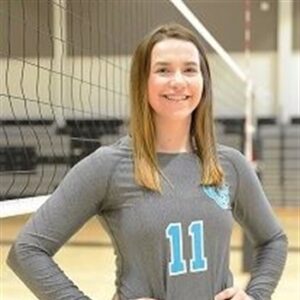 Sydney eventually made it to Chandler-Gilbert Community College where she was trained as a diverse utility player. Playing as a middle hitter, right-side hitter, and setter. Sydney was shuffled around all season between positions doing whatever the team needed to win. Both seasons at CGCC were developmental years both on the court and in the classroom.

Sydney gained a new interest in weightlifting and bodybuilding soon after her sophomore year ended. At the time weighing in the postseason at around 210 pounds, Sydney began to focus on nutrition with a programmed weightlifting schedule, soon dropping down to a weight of 143 pounds.

Soon after, Sydney transferred to Arizona State University and played for the practice team and club team. However, before being able to ever earn her uniform Sydney suffered from two abdominal hernias. Post hernia surgery, Sydney picked up her love of fitness to another level. Sydney earned her Personal Training certification soon after on her mission to help other people gain confidence and strength. Leading her to a combination of her passion for volleyball and helping others with fitness.

Along with coaching at the high school, Sydney also helps build strength programs for her girl’s program at Thunderbird High School. One thing that she hopes to do for years and years to come. Sydney says that “Thunderbird High School will always have a special place in my heart because not only is it the place that brought me to the sport I love, but it also is a place where young athletes need support, inspiration, life lessons; and to build a mindset of confidence that will last for years to come”.

Whether it is in study hall, or on the sideline Sydney is constantly checking in on her athletes at the high school to make sure they have a bright future ahead of them and putting their best foot forward.

Sorry to all the Wildcat fans – but we have a Sun Devil in the building! Sydney recently graduated from Arizona State University with her Bachelor’s in Communication and a minor in Special Event Management. Sydney was a transfer student from CGCC, she quickly had to learn the ropes of a big university. COVID cut some semesters short, however, her college years were spent hanging out with the ASU Swim and Dive team, since her roommate was on the team. She made friends with basically every student-athlete on campus. Finding it easy to relate to, and having the same goals and mindset.

This led to Sydney trying out for the Arizona State University volleyball team before receiving surgery for a double hernia. However, that did not stop Sydney’s passion for fitness, sports, living a healthy lifestyle, and helping others.

Throughout her college years at Arizona State, Sydney founded a fitness organization called CHAARG. With the founding graduating class of CHAARG equaling 10 students, CHAARG has now grown to an organization of over 200 students. CHAARG focuses on redirecting young women in college to developing healthy habits in a supportive community. Sydney hosted workouts for the CHAARG organization, planned photoshoots, and campaigned during the COVID semester to grow the awareness of this great message CHAARG puts out to the community. CHAARG also began Sydney’s introduction into a secretarial role while also pursuing fitness. The best of both worlds for this young athletic woman!

CHAARG is still an up and running organization on the Arizona State campus in Tempe. Sydney also worked as an intern for a personal training company as a personal trainer and special event manager. 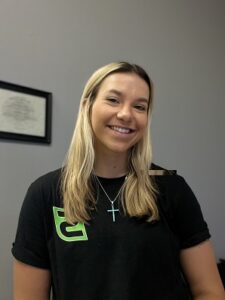 Sydney has gained a lot of experience in the field for just a 22-year-old college graduate. A devout Christian and country music fan, Sydney is just starting her journey into this next chapter of her life! She is excited to be welcomed into the Spark family!

The Deficiencies In Physical Therapy 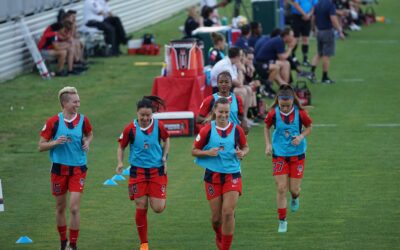 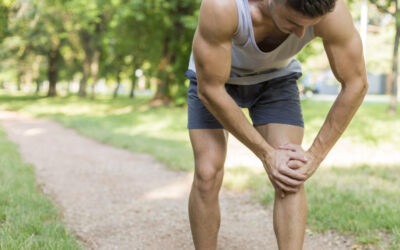 Is It Safe To Work Out With Knee Pain? 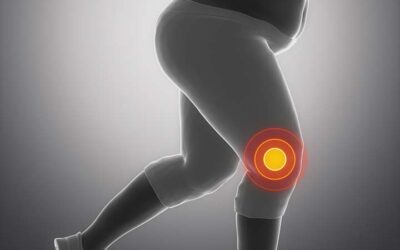 When It Comes To Knee Pain, Lighten Your Load